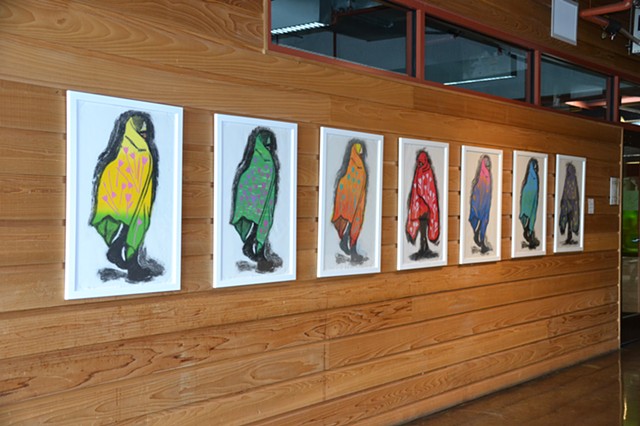 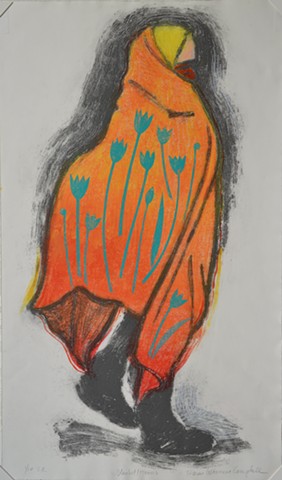 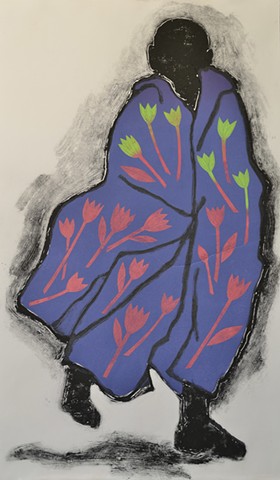 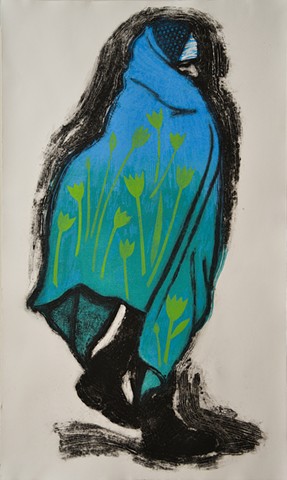 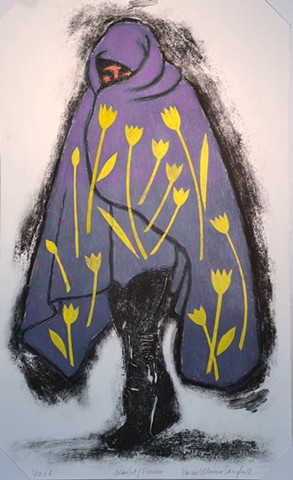 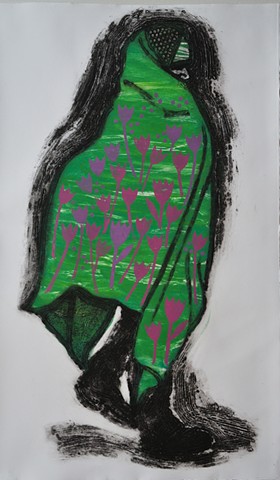 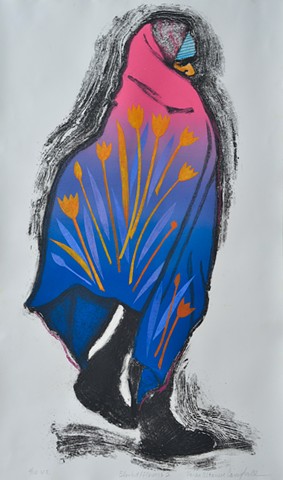 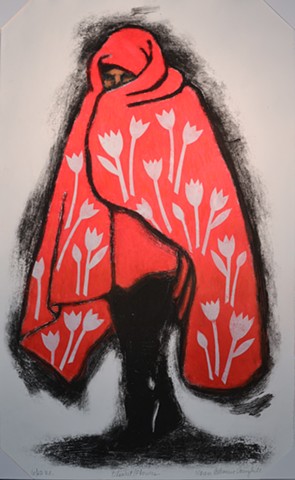 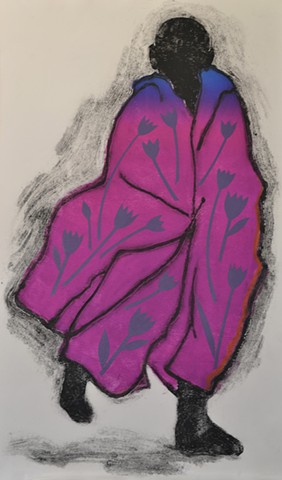 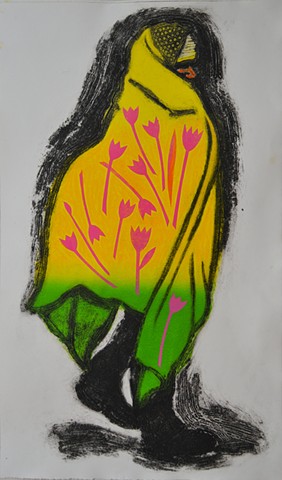 The "Caravan" series of presents single figures inspired by the shape created when people wrap themselves in blankets while walking, as seen in news photos of migrants and refugees. These travelers' colorful blankets are decorated with tulip-shaped flowers. According to Brittanica's passage on tulips, "Tulips were introduced to the Western world by the Viennese ambassador to Turkey, Augier Ghislain de Busbecq, who wrote of seeing the plants in Edirne, Turkey, in 1551 and who later sent some seeds to Austria. The arrival at Antwerp in 1562 of a cargo of tulip bulbs from Constantinople (now Istanbul) marked the beginning of the tulip horticultural industry in Europe. A speculative frenzy over tulips in the Netherlands in 1633–37 is now known as the Tulip Mania." Tulips, in this series, can be seen as a metaphor for all the so-called "foreigners", with all their innate beauty and potential to flourish, who arrive at our border.